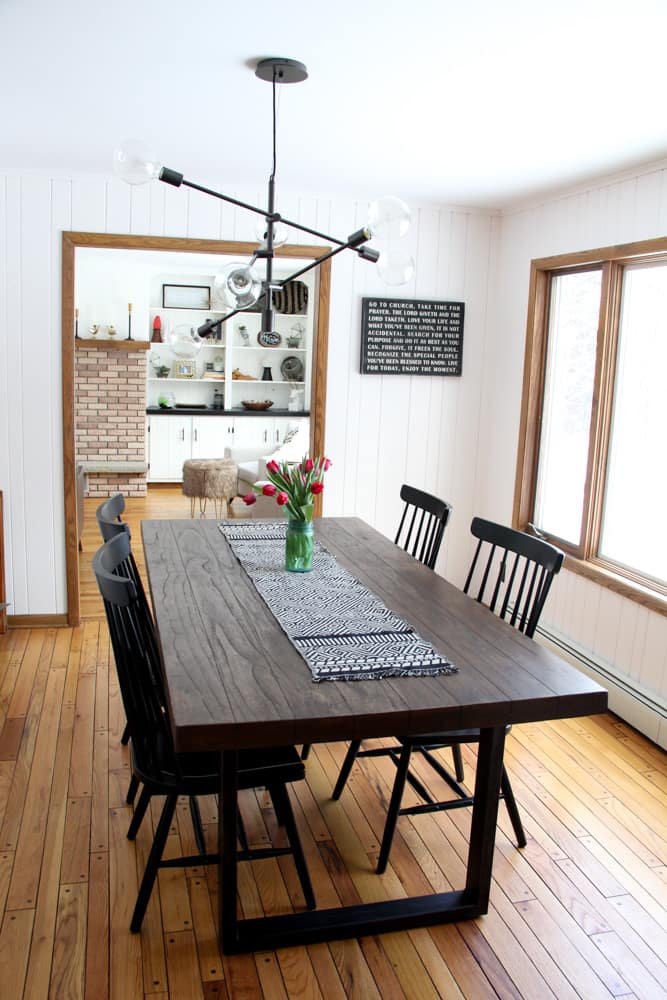 If you’re a regular reader, you might remember how I shared my favorite inspiration dining rooms and my mood board for a Scandi-Mod Dining Room. Today I’m excited to share that we’ve made some progress! 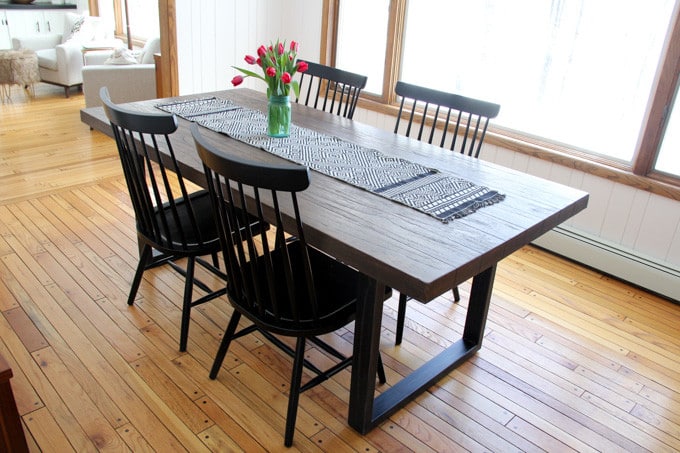 Yes, we are no longer eating every meal from a picnic blanket on the floor, we finally have a kitchen table! It’s the Edgar table from World Market. Sadly it looks like the reason I got such a great deal was because it was being discontinued. 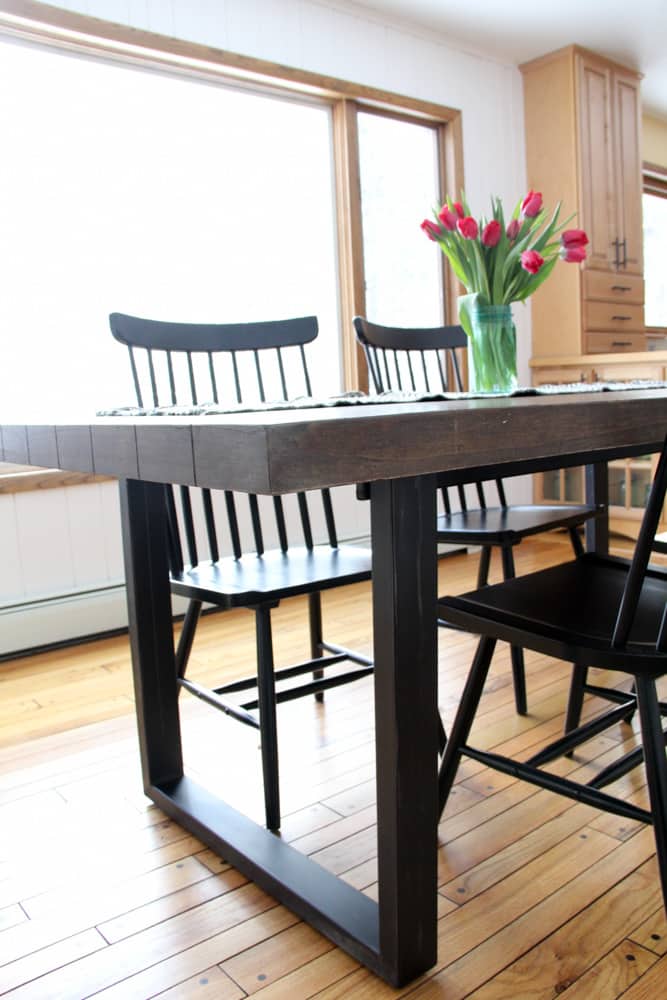 I also purchased these Side Chairs that I just LOVE. They’re super solid and sturdy, and far cheaper than a lot of the high end Windsor chairs that are out there. Originally I wanted to get eight of them, but now I’m thinking I like just having four and I’ll use something different at the head and foot of the table. 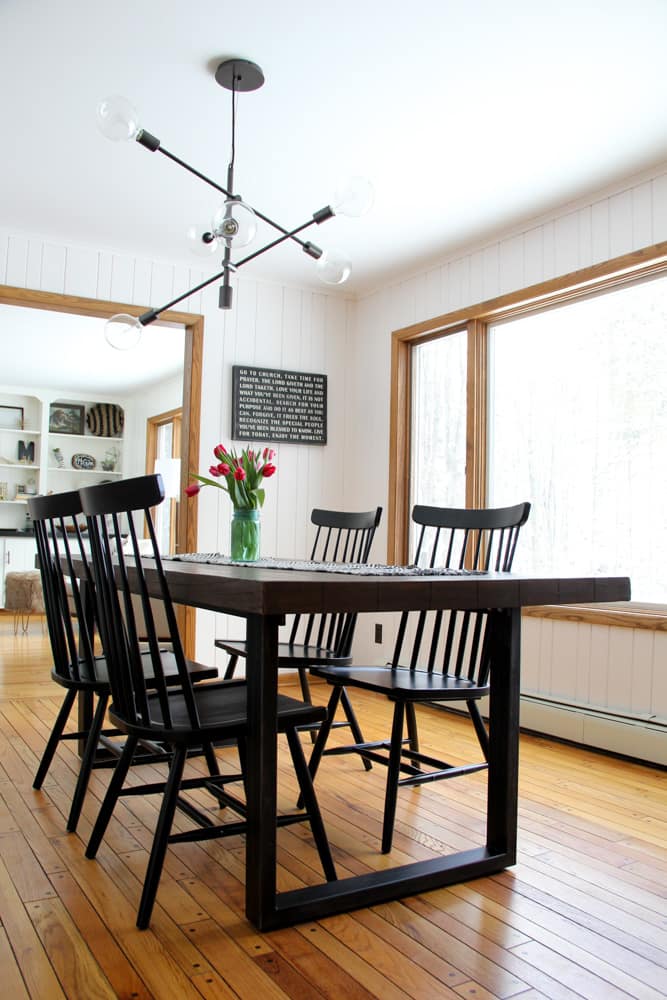 OK, so the real show-stopper in this room is the chandelier though. Seriously. Isn’t it amazing? Sometimes I just walk in and stare at it. It’s the large mobile chandelier from West Elm. I really really considered ordering it in brass, but the reality was that the oil rubbed bronze goes better with the rest of the house. 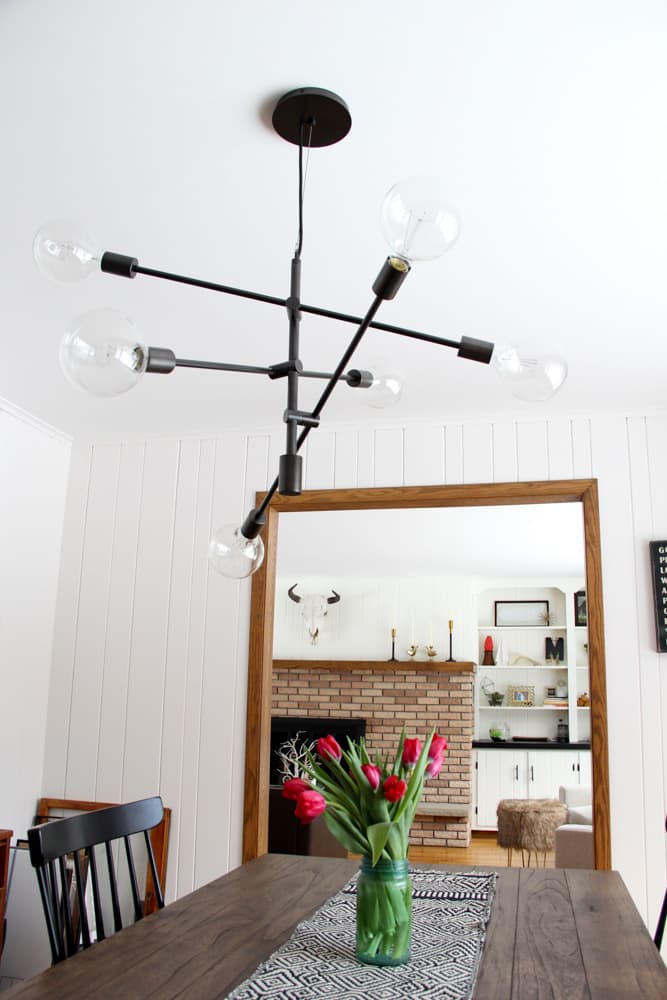 We were lucky enough to have my dad install it for us while we were in Haiti! These giant round bulbs totally add to the awesomeness of the light. 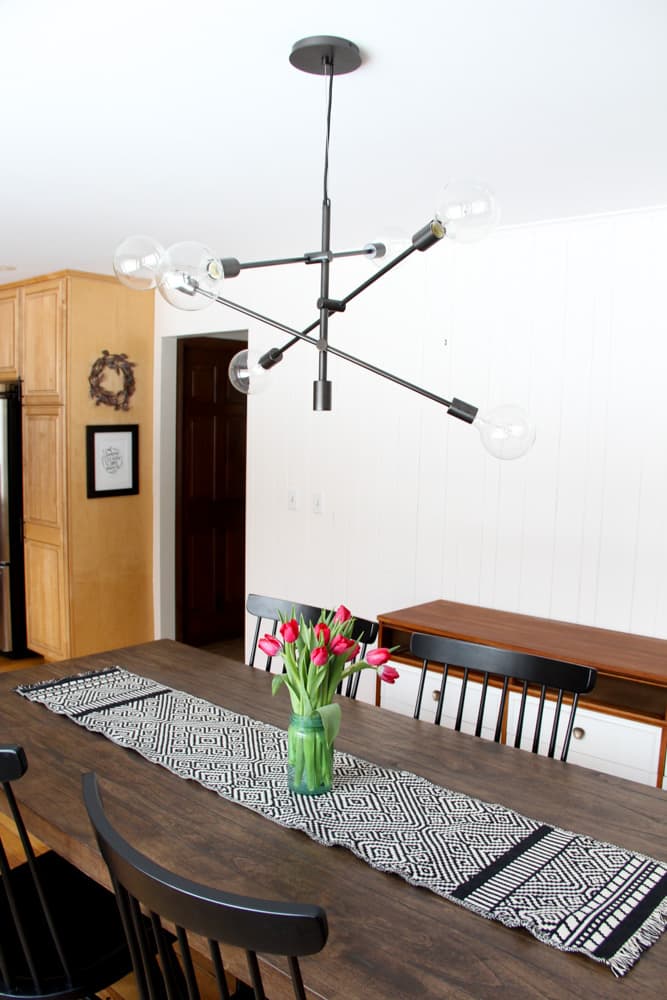 I still have to figure out something for that big white empty wall. I do LOVE buffalo art, but it’s got to be something BIG. I like how the room feels really clean and bright and I don’t want to add too much to the room to make it feel cluttered. 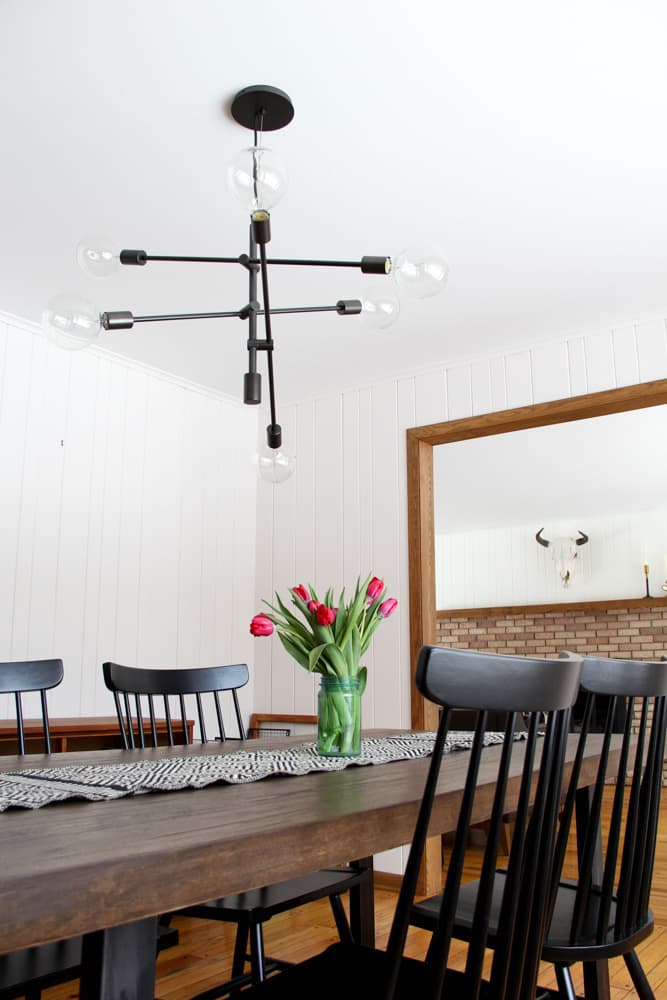 I’ve actually already moved that buffet out of the room and down to the basement to help open it up. 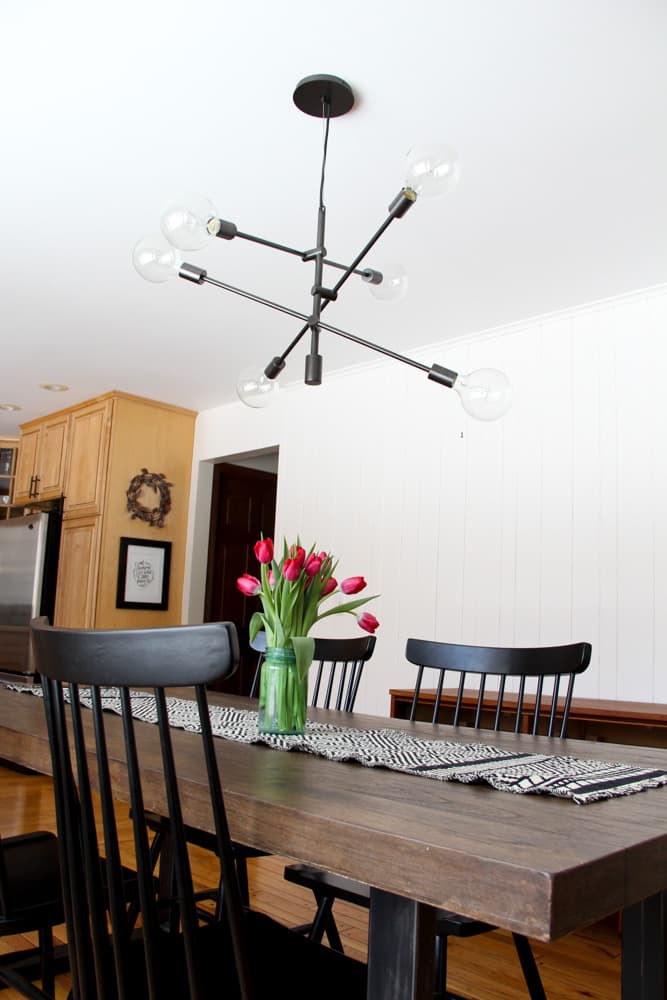 This is our first house that isn’t a major flip, and we plan on taking our time as we work through each room of the house. The dining room was fairly simple, but thanks to some coupons and great deals we were able to put it together for under $1000! 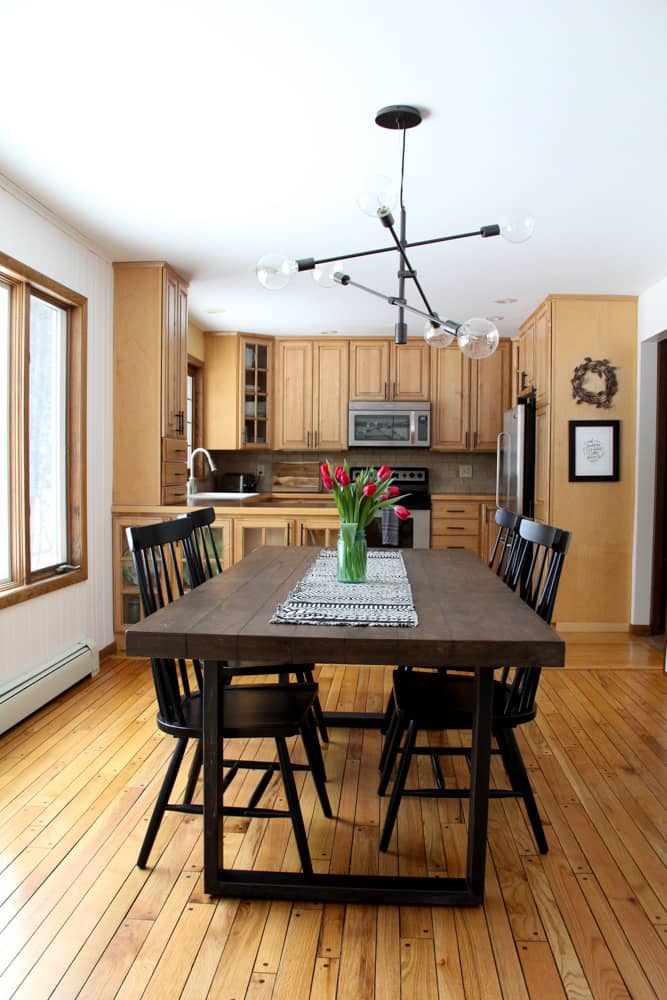 I hope that you love it as much as I do! If you’ve been loving the clean modern look of Scandinavian homes this is proof that it’s a simple attainable design style! Thanks for checking out my Modern Industrial Dining Room!

**3/14/16 Update** Within about two weeks of owning the table it started to bubble and delaminate, and we ended up returning it! Now we’re on the hunt for a table AGAIN!