These fake canvas for cheap are a great way to create large art on a budget. 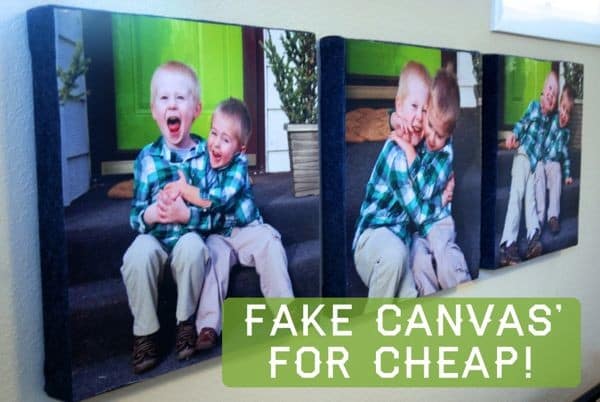 Remember my bare, colorless basement? Or my plan to decorate it for $100? 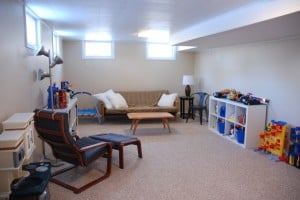 It’s not so bare now that I have these awesome fake canvas’ of the boys hanging above the couch. Three fun throw pillows help too! 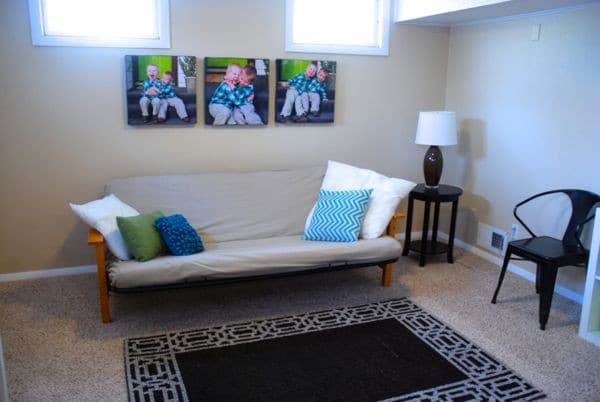 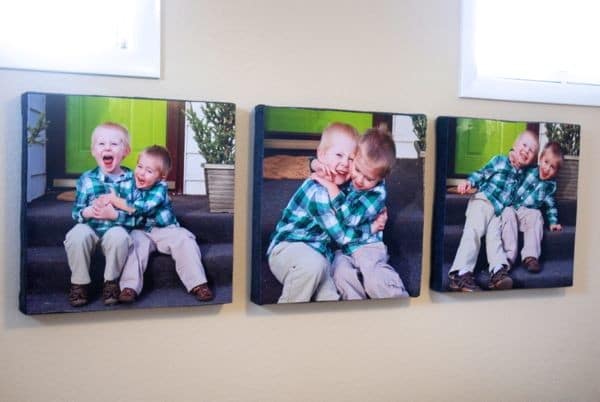 The best part is that they were REALLY cheap to make!
1. Have your pictures printed, mine were 20″x20″ and came to $11 each on Shutterfly.
2. Cut some pink foam insulation to the size of your prints. I had some leftover from a failed Christmas Craft Attempt, but it’s not too expensive at the hardware store either.
3. Cut a piece of felted wool 8″ wider than your foam and staple it to your foam. This was also in the craft stash but it is cheap stuff.
4. Fold the corners like a present, stapling them tightly.
5. Use spray adhesive to mount the picture onto the felt. No picture here because I was frantically trying to position the picture before the adhesive dried.
6. Using floral wire, duct tape, and staples make a picture hangar. This is the free option, I’m sure there’s better ways to mount foam.
7. Hang in a row and admire your adorable children. These were from a little impromptu picture session in December.
8. Hope that the duct tape hanger doesn’t give out! So far so good! 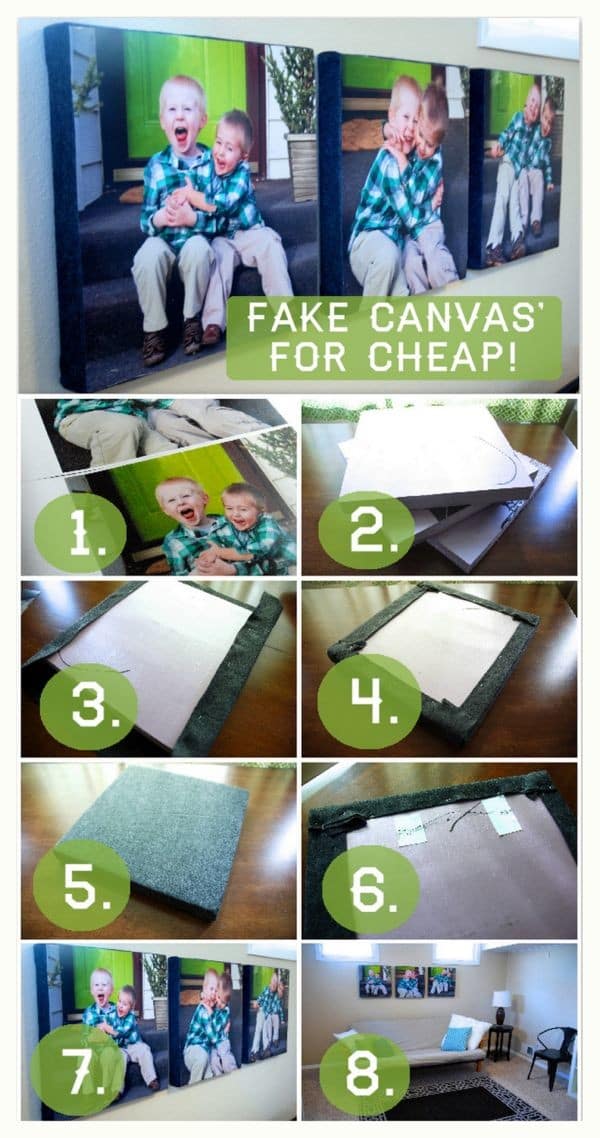 My fake canvas’ for cheap came in at $33 for three 20″x20″ fake canvases. I love the look of a real canvas but that cost SO much more. I’m really happy with the results too and I won’t feel too guilty if I ever want to switch out the pictures.