Hey guys! Last week I revealed my finished dining room, but I wanted to give you more details about those wood ceiling beams! Today I’m sharing the lowdown on how to install faux wood beams.

In case you’re new, this is how the dining room looked before! 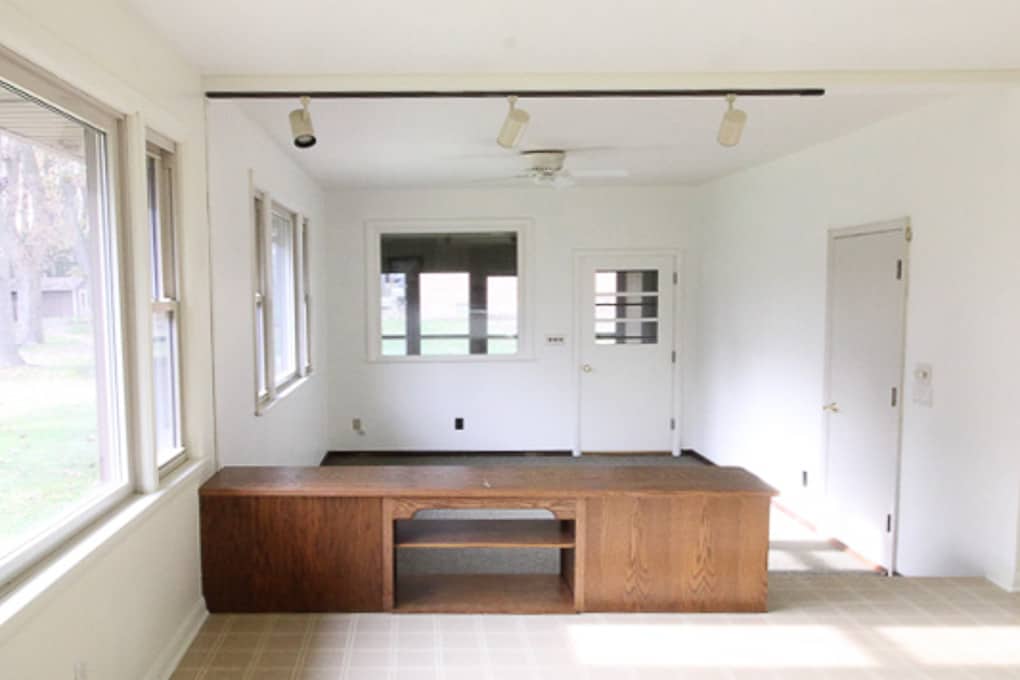 After tearing down the track lighting, and the box that was supporting it, I realized the the ceiling heights of the two rooms were about an inch off from each other! I wanted to just drywall the seam, but this was WAY too big of a different to drywall over. I could have installed an entire lower ceiling in the dining room to meet the other ceiling, but that was far beyond what I had planned on doing. 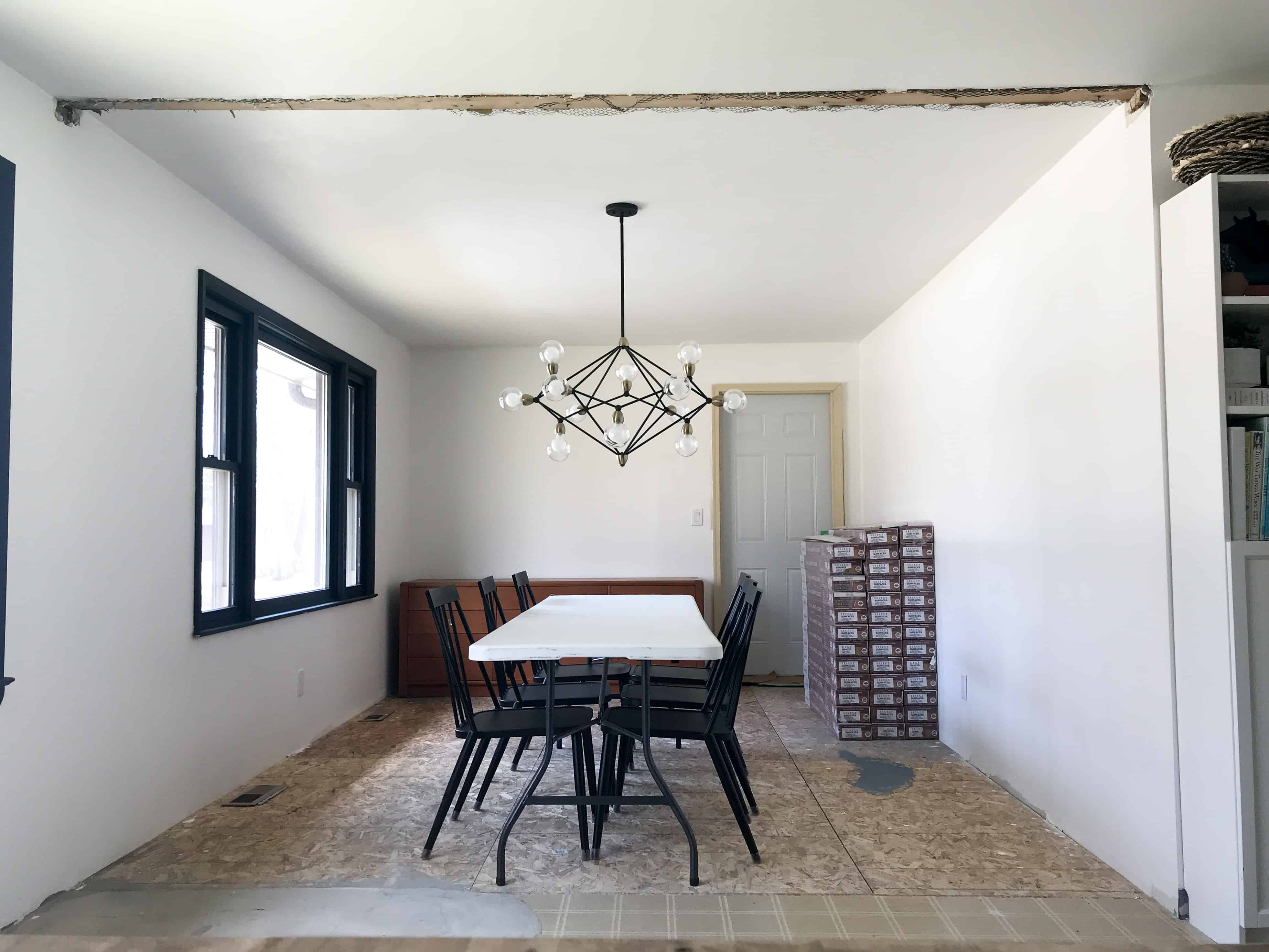 Instead I came up with the idea to build a faux beam to bridge the ceiling gap. For the first beam, I used 1″x4″s, but ripped one of them an inch skinnier than the other. Then I attached them to a 1×6″ board using my brad nailer. **contains affiliate links** 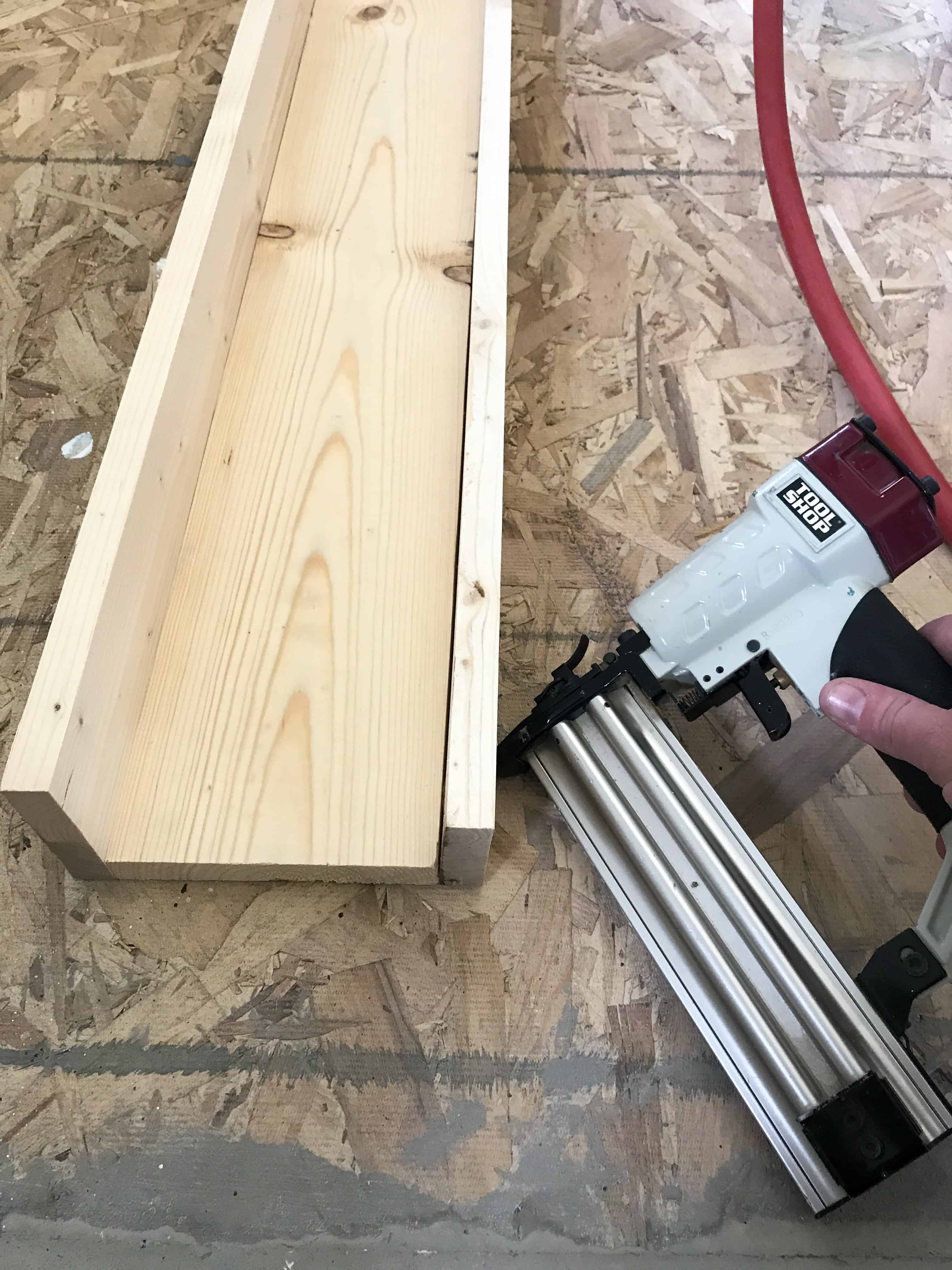 I screwed another 1×6″ board to the ceiling, and then used my brad nailed to attach the faux beam to the board on the ceiling. Believe it or not, I was able to do this 100% on my own!!! My husband was at work and it wasn’t that heavy, the hard part was holding it AND nailing it alone. 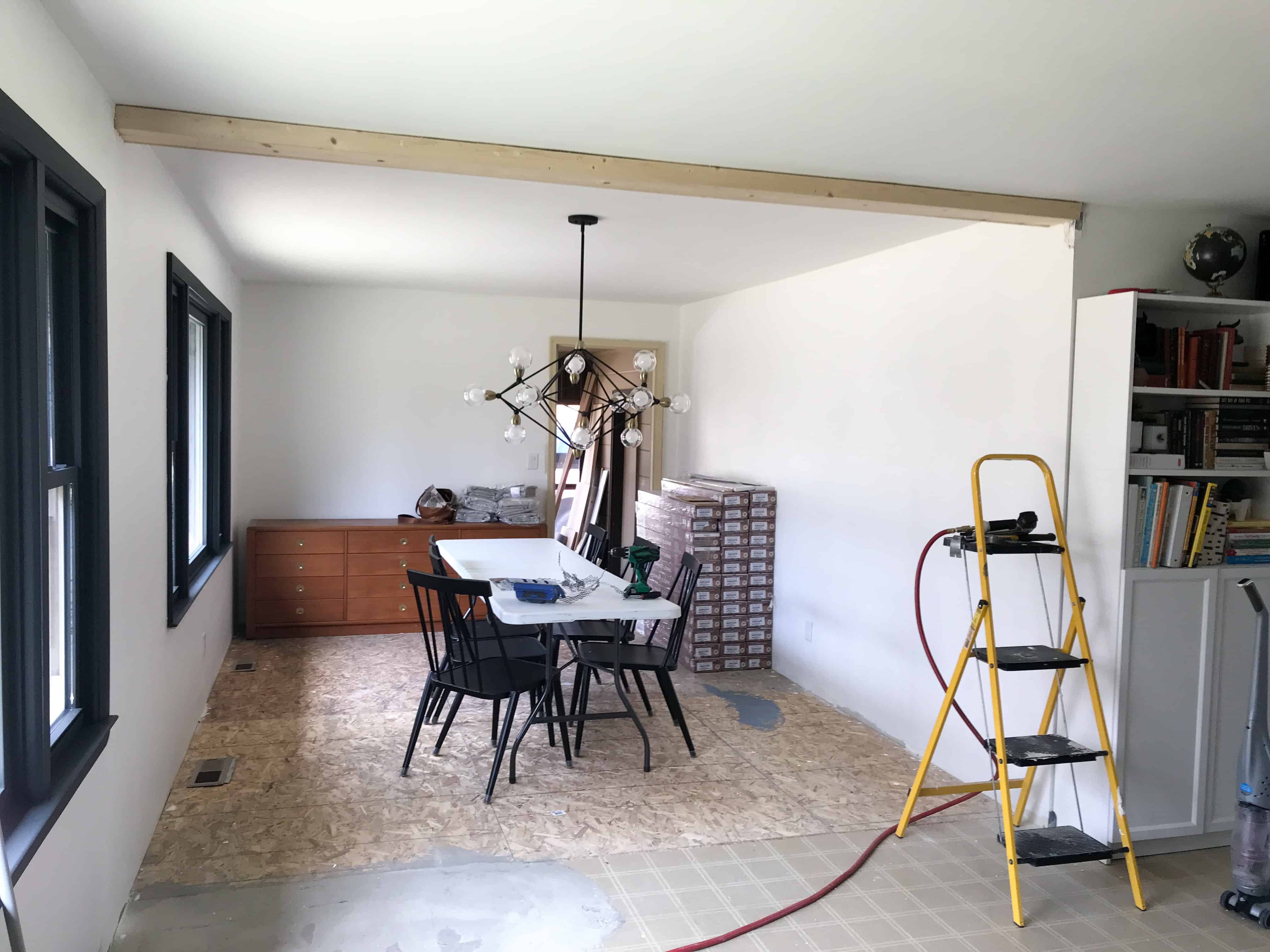 With only one beam, it looked a bit abnormal, so I decided to create two more faux beams so that it would fit in better. I learned that the easiest way to install these was to screw the board to the ceiling, then add the side boards, then at the end add the bottom board. Each beam was 13′ long and used two 1×4″s and two 1×6″s 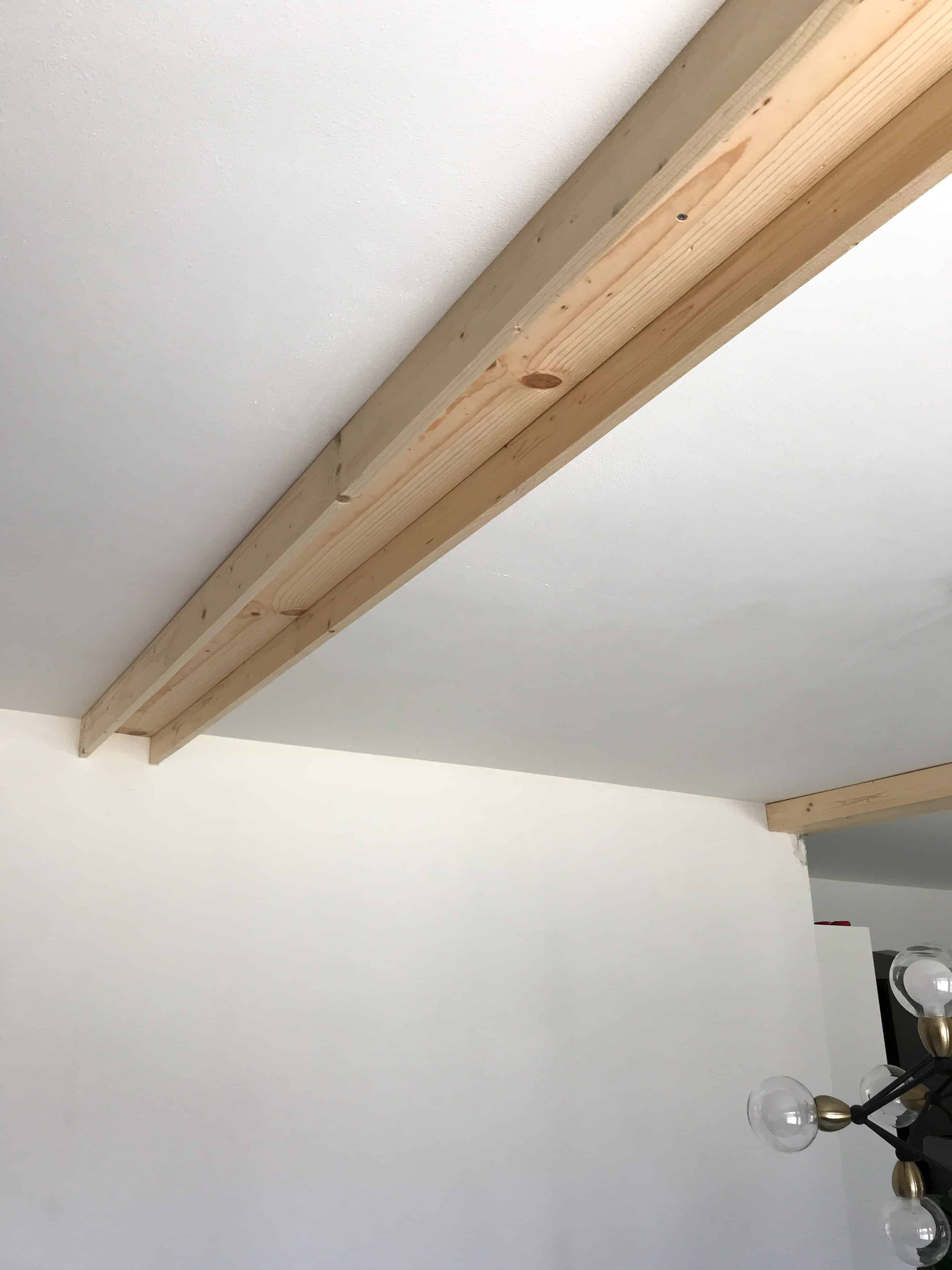 In total I built three beams. I considered staining them, but due to all the gaps that I wanted to caulk, this would have been much more difficult. 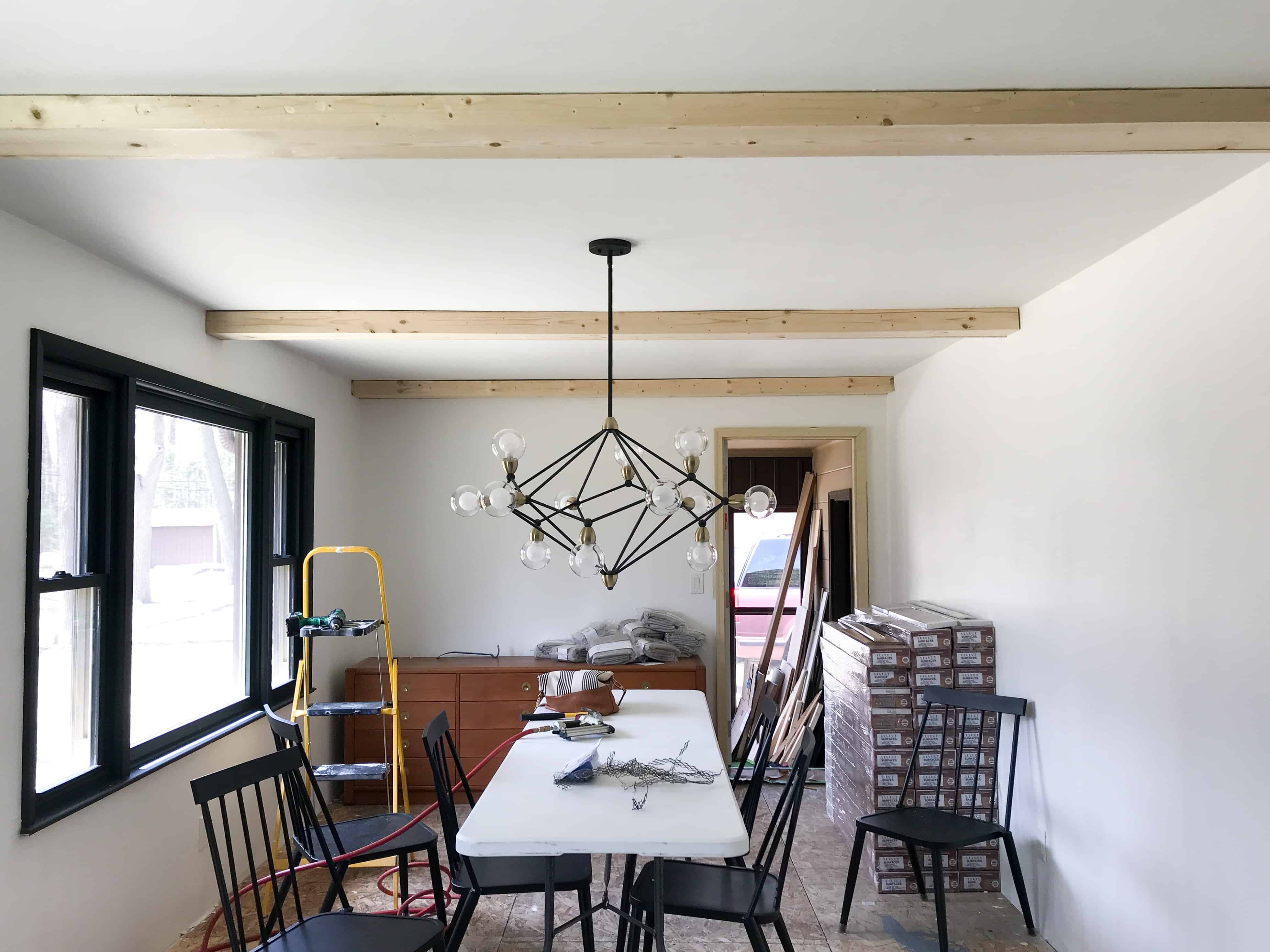 So I went to town caulking all of the gaps. I ended up using five tubes of painter’s caulk! 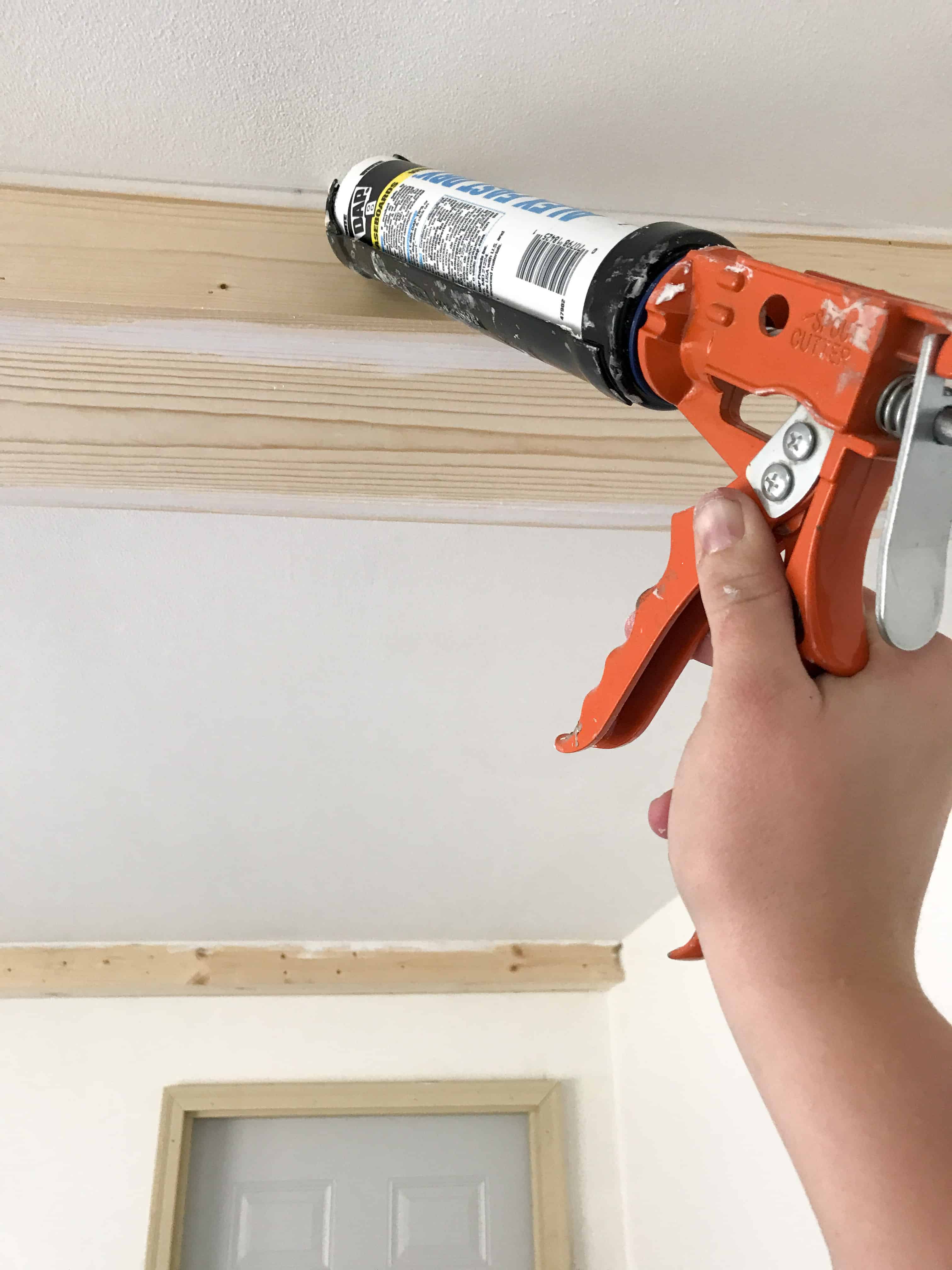 Then once they were dry I used the same color as my walls and ceilings, Benjamin Moore “Chantilly Lace”. Although the don’t “pop” I think they add a nice architectural element to the room. It also saved me from having to install an entire second ceiling! If you’re looking to add something to a room, these faux wood beams are an affordable and simple way to do it! I was able to complete this entire project, from building, to caulking, to painting all in one long day! 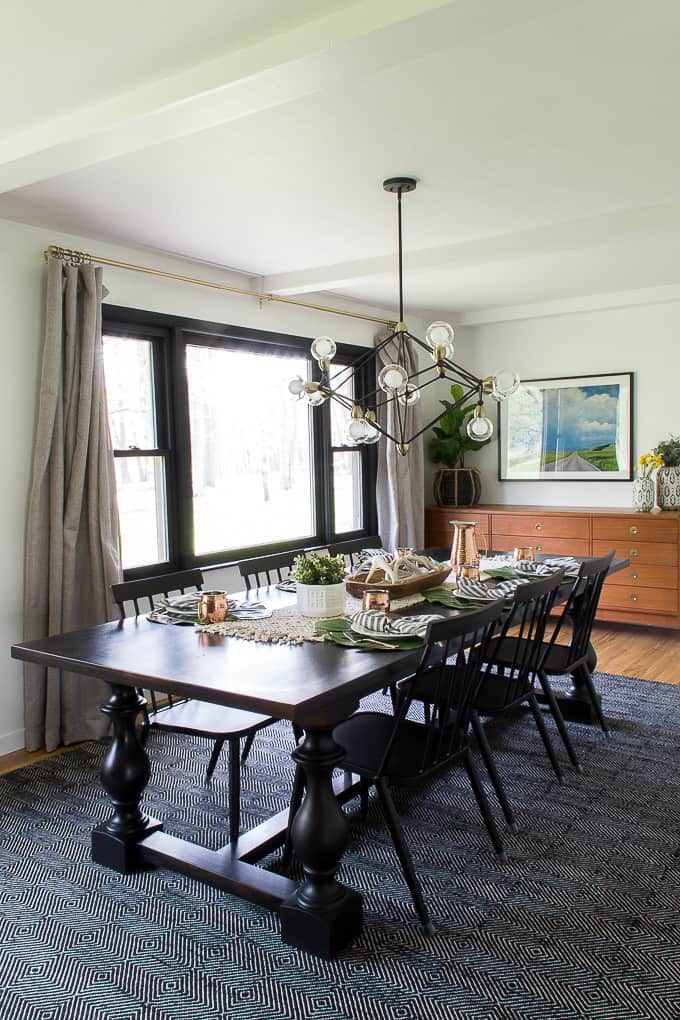 I hope this post inspired you and taught you a new skill! Maybe you want to add some contrast to your ceilings, or have something you need to cover up? Either way I’m thankful that you’re here! Have a wonderful day!