One thing that I’ve been looking forward to doing with the boys this Christmas is making gingerbread nativities.

Well… we used graham crackers not gingerbread, but the boys had SO much fun making these. Matt and Mase teamed up to make their little nativity, and Jack and I teamed up to make a WAY too big nativity.
Mase was SO proud of his nativity. 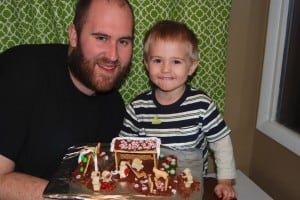 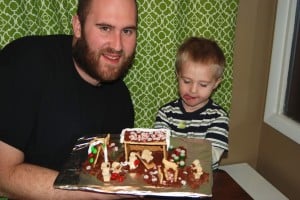 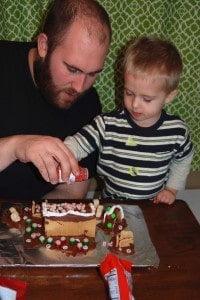 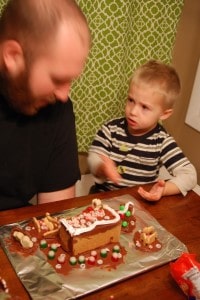 Jack was “Mr. Independent” and after the structure was built he was ALL about doing it on his own. 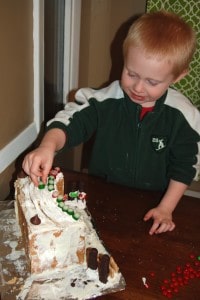 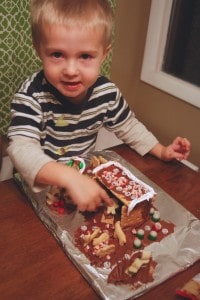 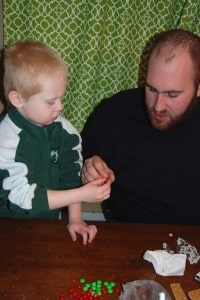 Matt declared their nativity the “winner” but there was no real judging. If you’re in the “bigger is better” club then Jack and I DEFINITELY won. 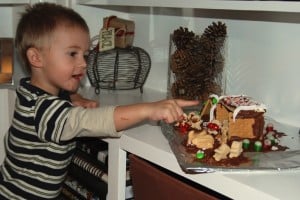 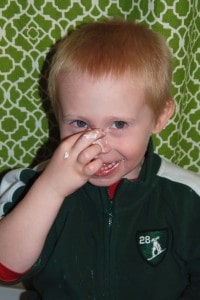 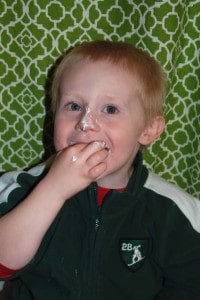 The next morning I woke up to find Jack’s roof caved in and Mary and Joseph knocked over. I quickly repaired it by stacking the broken pieces and propping up Mary and Joseph. 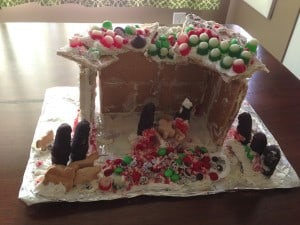