Affordable Ways to Update with Paint and How they Hold Up

Often I tackle DIY’s with the mentality that if it works it’s better than what I started with. Often I go into these projects knowing that it may or may not hold up. Today I want to share some of these DIY’s with you and answer the question everyone always want to know, “How’s it Holding Up?” **This post contains affiliate links** 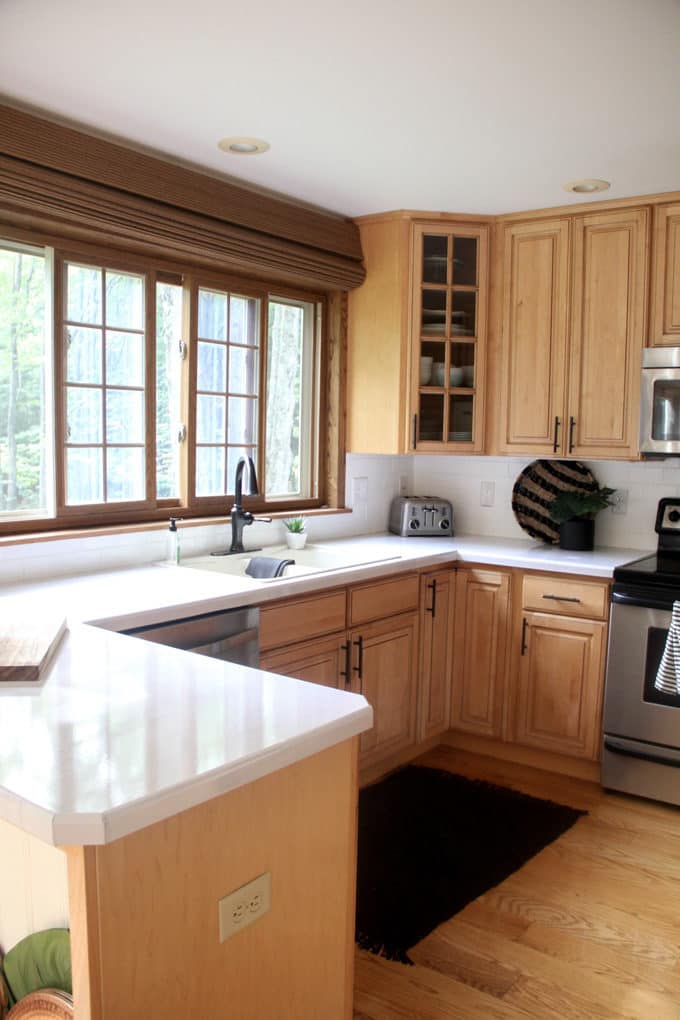 Just over a year ago I was so tired of our red countertops that I covered them with these faux marble sticker decals. Now, one year later we’re giving the stickers the boot in favor of replacing them with quartz. Honestly, they held up pretty well over the last year, but we definitely had to be gentle with them. We always used cutting boards and hot pads, and never let water sit near the seams. Within the last month once we knew we’d be replacing them we got a little rougher on them and it shows. The faux marble sticker now has many burn marks, cut marks, and scuffs. Honestly, I think it’s a really good short term fix, but I think the one year mark is about it’s max. Would I do it again? Absolutely! For the last year I didn’t have to look at my red countertops, and I got to discover how much I love white counters in this kitchen. 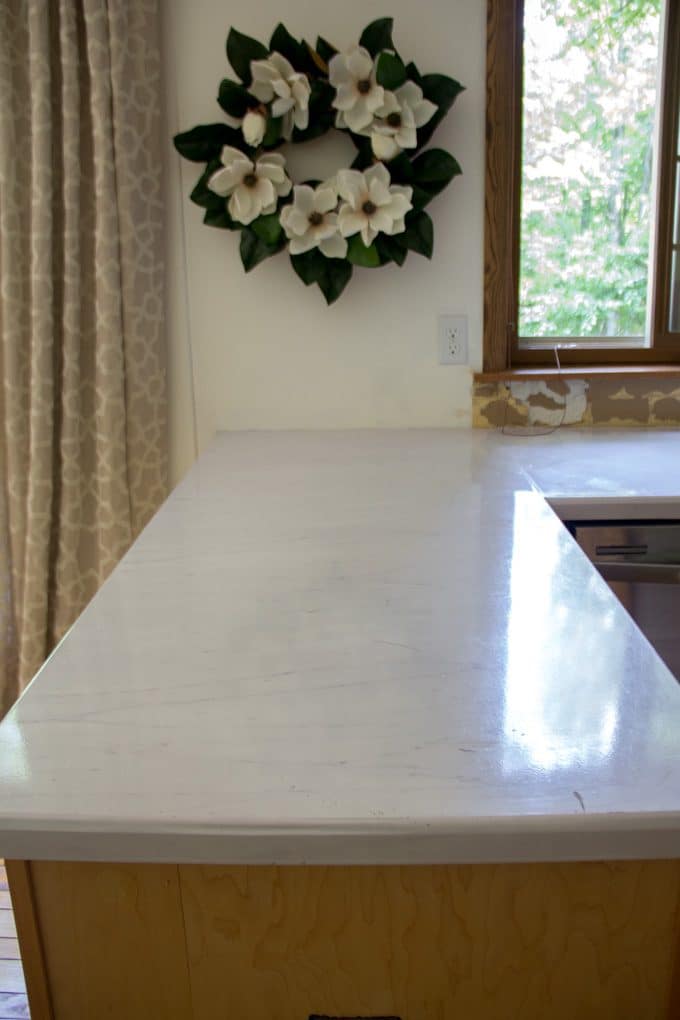 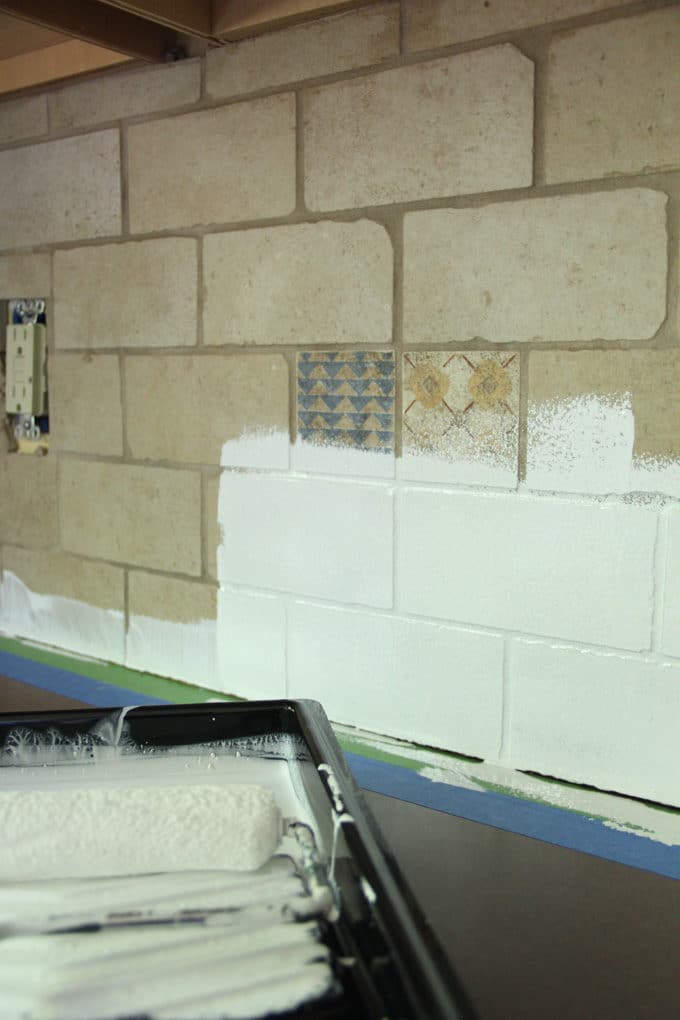 Knowing we’d eventually replace our counters, I didn’t want to prematurely replace our backsplash. Instead I used Tile Paint to paint it white. This brightened up our entire kitchen and I am SO happy I did this. Over a year later it still looks perfect. The backsplash doesn’t get much wear or tear, but I do wipe it down frequently. This is another DIY that I would absolutely do again. 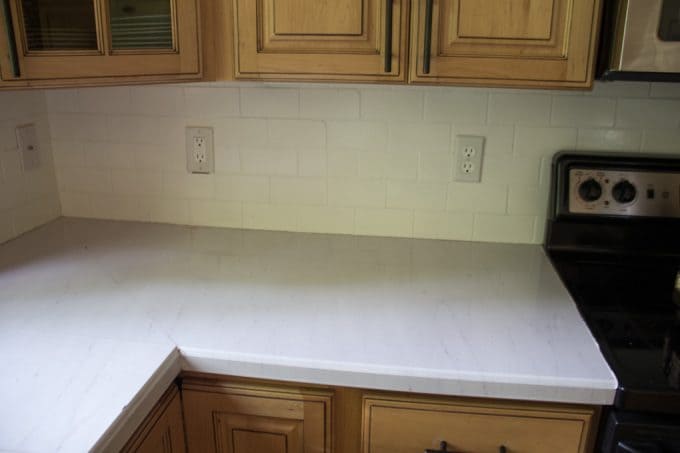 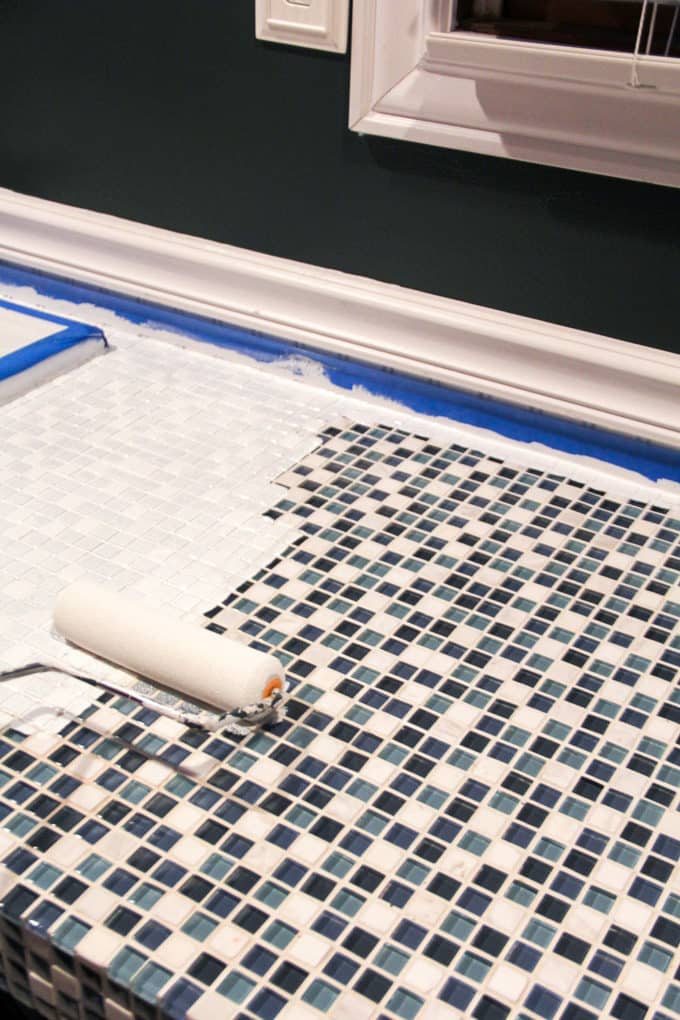 I used the same Tile Paint to paint the blue tile in our bathroom. Six months later there are three small spots that the paint has scratched that needs touching up. I don’t regret painting these counters, but it probably isn’t going to be a long term fix. Until we can afford to replace the counters I’ll just plan on touching them up every six months or so. 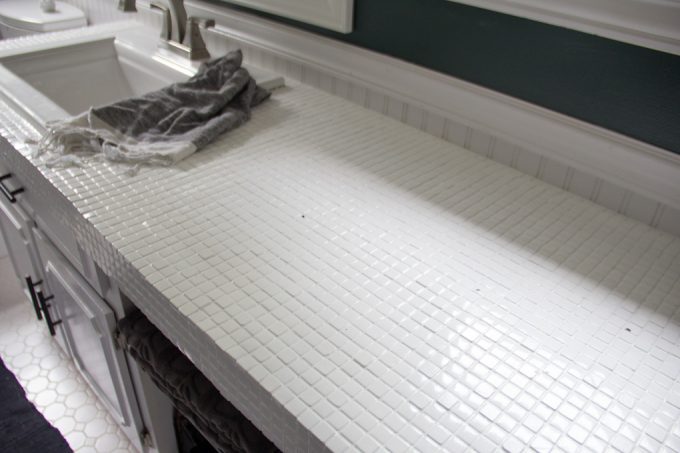 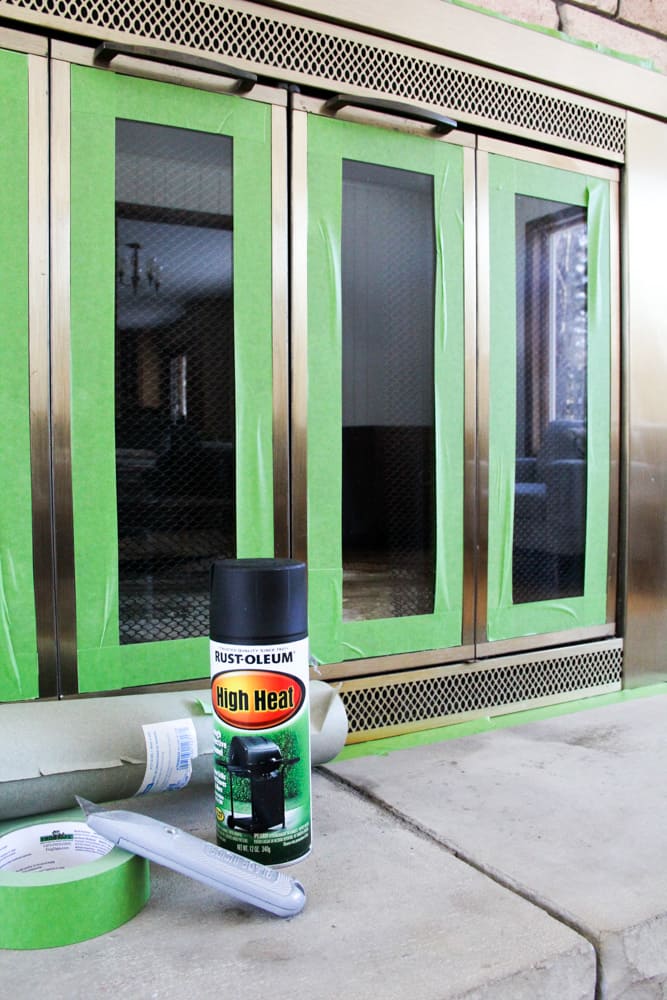 Shortly after moving into our house I spray painted our brass fireplace surround with high heat paint. We don’t actually use our fireplace much, so it really doesn’t get much wear, but it still looks great. We’re hoping to eventually replace the surround with a gas insert, but until then this is a bargain DIY that I would reccomend. 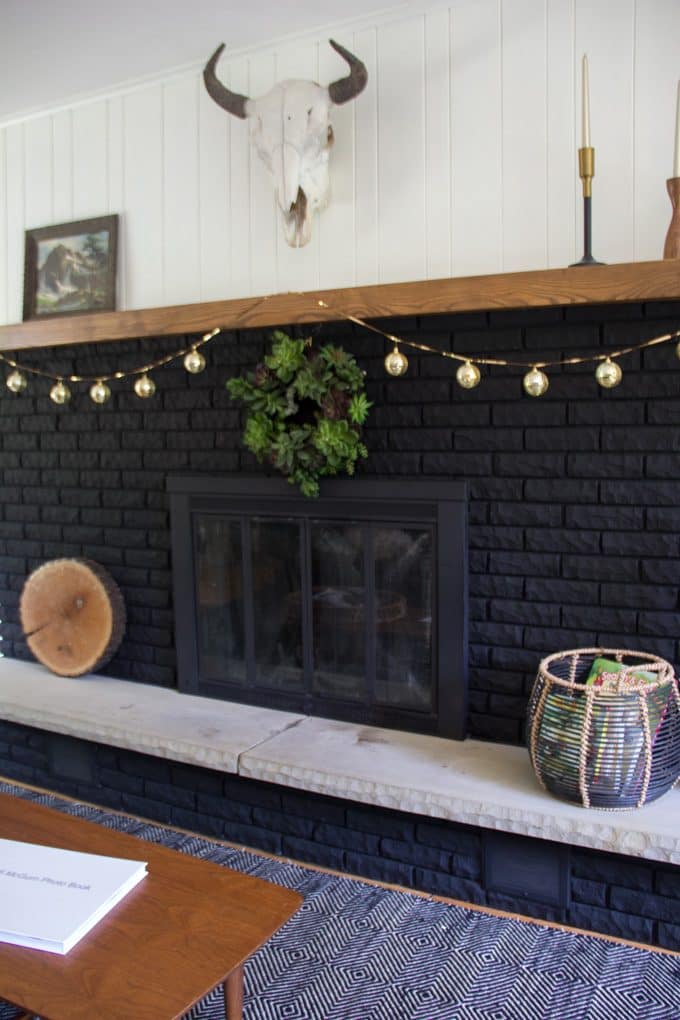 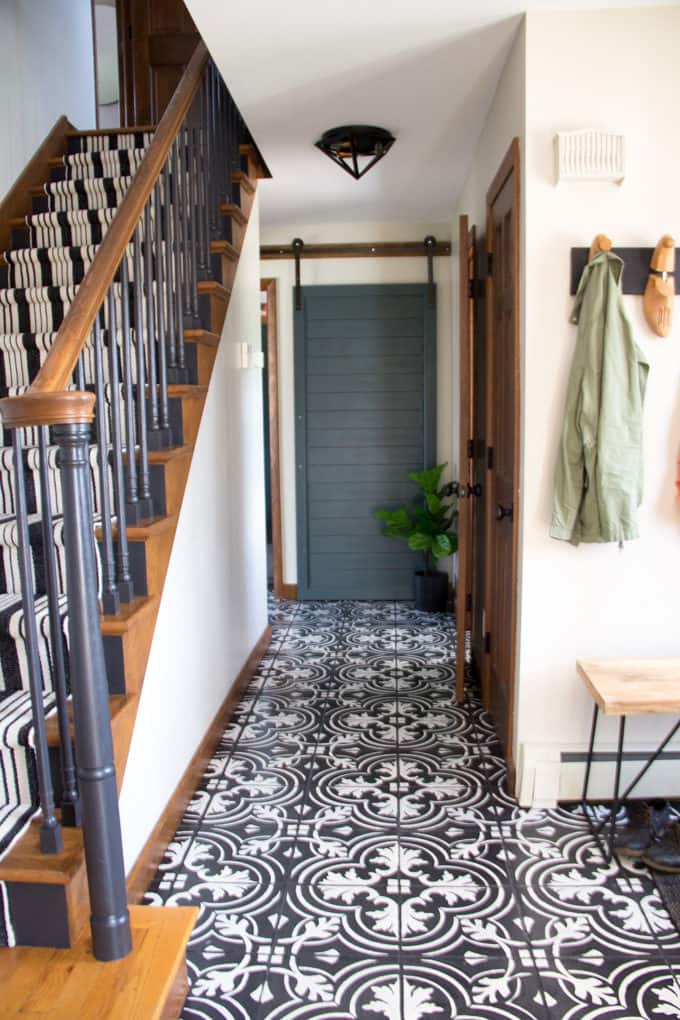 My DIY Faux Cement Tile Floors have become one to my top posts. They’ve only been finished for about three months now, but so far they are holding up wonderfully! They got chipped in one place when I dropped a screwdriver, but I’m pretty sure it was the actual tile that chipped, not the painted finish. It was also very simple to touch up. Thankfully there hasn’t been any scratches or scuffs! I also frequently run the vacuum across these floors and it doesn’t do any damage. This is a DIY that I wasn’t sure if it would hold up or not! After countless hours of stenciling I am SO thankful they’re holding up as well as they are. 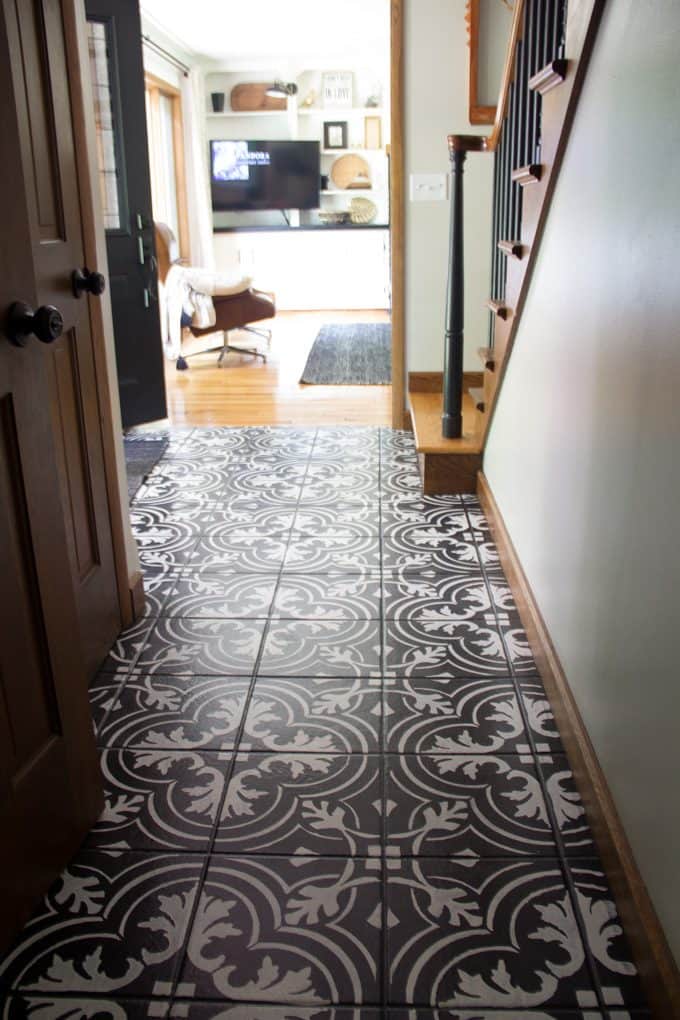 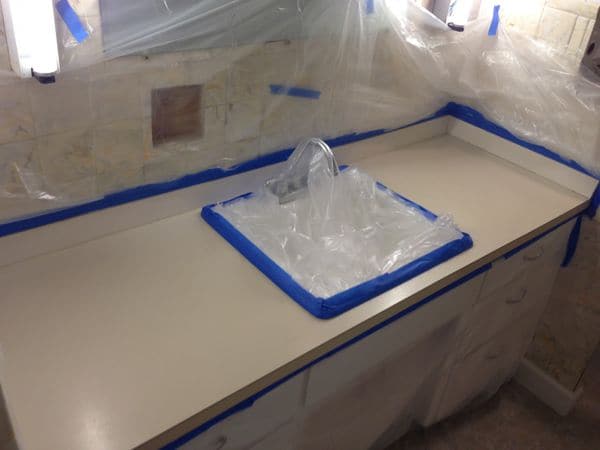 I’ve also tackled similar DIY’s in our past houses and can only answer to how they held up as long as we lived in those houses. The DIY that I get the very most questions about is my DIY Spray Painted Countertops. This also happens to be my VERY most popular post. Honestly, I think that if I would have sealed them really well they might have held up for a long time, but I only had one coat of polycrilic on them and I doubt they lasted long. With a sealer like Envirotex I think they could last forever which is the same stuff used on bar tops. Would I do this again? That’s the million dollar question. Honestly, I doubt it. It worked ok as a short term fix, but I think it’s mostly cosmetic and probably isn’t a great long term fix. If you’re willing to take a gamble though, it did look nice. 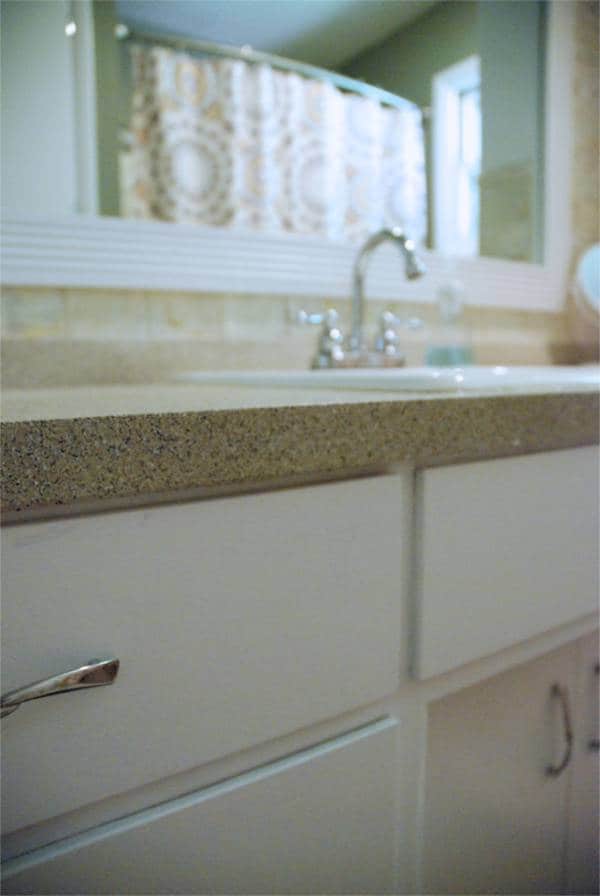 Hopefully if you’ve considered tackling any of these DIY’s this post helped answer all your questions! I also hope that it inspires you that not every DIY requires a major renovation where you replace everything. Sometimes some paint and patience can transform your space! Thanks so much for stopping by!